There has been a lot of violent, innocent, deaths in the United States over the past decade or so, at least it seems like it, since one can scarcely turn on the TV without a special report announcing an “on-going situation involving the deaths of 14 innocent people.”

What is not reported is the aftermath — the lingering effect of those deaths on the many left behind. In my opinion, from the perspective of a family survivor, dealing with the death of a loved one is but a part of the equation.

The dead do not haunt me, the living do.

Some of you may recall the murder of my son

On Oct. 17, 2010, he was walking home from the Arizona State University library on University Avenue, unfortunately carrying a laptop computer that two men driving by decided they wanted to own. He died from a single gunshot on scene as they robbed him of his computer and cellphone.

My son’s name is Zachary and even though he has been gone going on six years, it is not his memory that haunts my days. In fact, I enjoy my memories of his short time on Earth: his smile, his love of sports and his take on politics.

What haunts me is the silence of the living

Other than my family and girlfriend, there is never opportunity to talk about Zachary, out loud. No one ever, ever, mentions his name to me.

And if I bring him up, there is a perceptible grimace, an awkward pause and swiftly the subject itself, dies. So, I try never to bring him up in conversation as it is too uncomfortable for the living, I guess.

This particularly bothers me on behalf of my daughters, Zack’s sisters. The silence they hear is deafening. While both occasionally write about him online, I know they would love someone, anyone, to just ask: “Hey, what was your brother Zachary like?”

But that question never comes. They can only say his name online, and it is shame.

I treasure every single time someone says my son’s name to me.

My tip: If you have a friend who lost someone, just find a way to say the name — over and over and over again. It is so rare to hear a deceased person’s name that when you do, it sounds like angels singing. You can sing like an angel!

As I sit and watch the life events of Zack’s peer group pass by, graduation, marriage, jobs and promotion, I silently wonder what Zack would have accomplished and whether I would have gushed so openly and garishly online as his peer’s parents do? Yes, I probably would have.

But then I wonder whether, if it was someone else who lost their child, would I have taken a moment to write the parent just to say: “I just want you to know, I thought of your son at the graduation ceremony today.”

I’d like to think I would have in the past, but probably not. Now, I am positive that I would.

My tip: Remember, the accomplishments of the living remind those of us left behind on this Earth of the accomplishments that will never be. It would be nice if you would acknowledge that fact to a mother, brother, father or son or daughter who will never see that joy on their loved one’s face at a marriage, a retirement or even just a vacation. All I ever need to hear was “Gee, I wish Zack was here with us today.”

What haunts me is the loss of friendships

There can be no doubt that I have lost friendships since the death of my son. In fact, one of my very best friends all the way back to high school told me in a telephone conversation, “I just cannot talk to you anymore. This all hits too close to home.” And with that, we never spoke again.

Most relationships following a loss do not end quite that abruptly, they fade with time, as many of mine have.

Just try to understand, the passage of time is relative and unique to each and everyone of us. What feels like a year to you, may feel like a day to another.

At some point, I know, frustration sets in and you get tired of inviting your friend out to dinner or drinks over and over only to be rebuffed at every turn. But look at it this way: you may be right. Enough time may well have passed so that the grieved person ought to have moved on. It’s just that the amount of time you have felt pass is not the same amount of time that a survivor feels pass.

Enough time may have passed in your opinion. No time has passed in my experience. Real friends understand. And real friends never give up.

No, all you have to do is say hello and mention, maybe in passing, that whenever they feel up to it, whenever that might be, “let’s get together because we are still friends” in spite of everything. That’s it. That’s enough. And you maybe surprised to find that you called on the very day, when your friend was starting to feel the world again.

Most people speak with the best of intentions, this is true. But good intentions aside, inevitably, someone will tell me “Do not grieve your son’s death. Whatever happens is God’s will.”

Or, “It is all part of a grand plan that we cannot understand.”

Or, “Whatever happened, happened. Perhaps it was meant to be.”

The problem with these kind of statements, especially when the wound is still fresh, is that it diminishes what I am feeling.

What is being said, in effect, is “the world was designed with your son’s death in mind — you cannot change it, move on, you are mourning a loss that was inevitable.”

While, of all the people in world, I am not one for political correctness. In fact, I always pretty much said the first un-evaluated thing to hit my head without consideration for the effect my words might have on another. I did not care.

I carefully choose my words, usually choosing silence over the sound of my voice — a pat on the back or a quick hug, all of which are worth much more than any word I can say.

My tip: When you are talking to someone who has recently lost a loved one, including a pet by the way, take care that your words do not impart judgment, do not diminish their feeling and, most importantly, are not designed to illustrate how you think you would deal with the death. Not everyone can walk into a house of worship, bow their head, and say “Your Will be fulfilled.” Or accept that fact that destiny alone controls — and that the deceased person merely met with destiny. Either or both of those may be true, but it simply does not ease pain.

The best present you can give, is your presence. Just be there and understand that whatever path they are on is their own — it is neither better, nor worse, then the one you will have to, inevitably, walk. Just treat them as you would have yourself treated.

And judge them as you would have yourself judged in the same situation.

Daniel Marco is a Mesa resident and the co-author of a book with Barbara Saint John, a grief specialist, titled “Everywhere Nowhere, No One Really Dies as Long as You’re Alive,” available on Amazon. 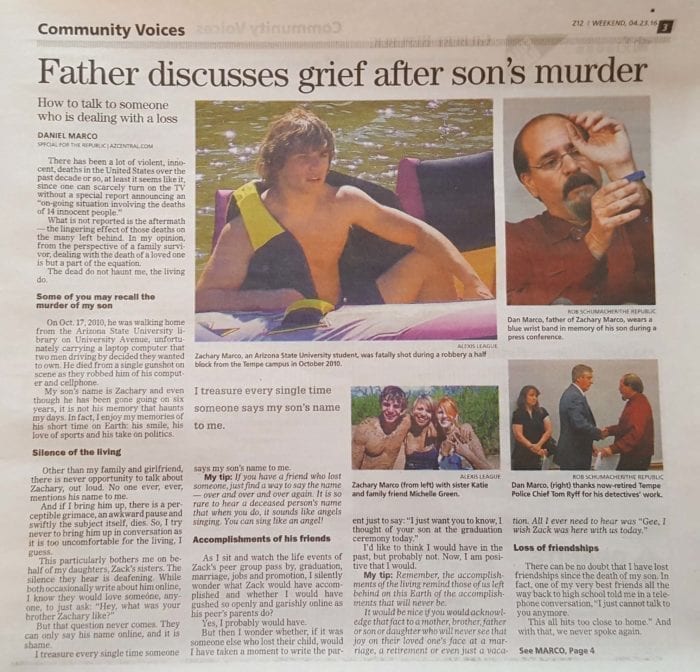 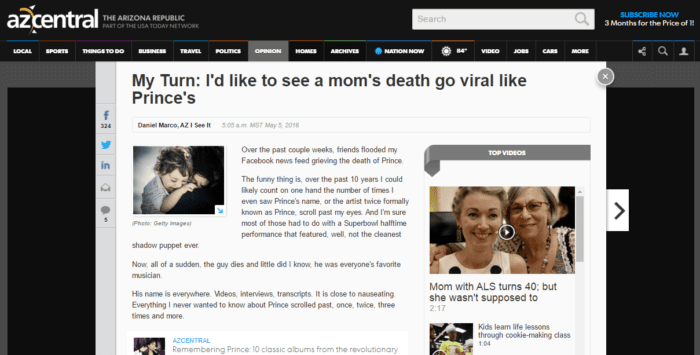 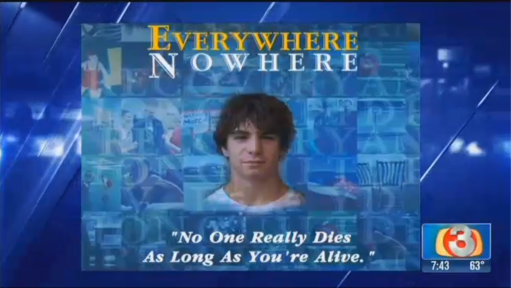